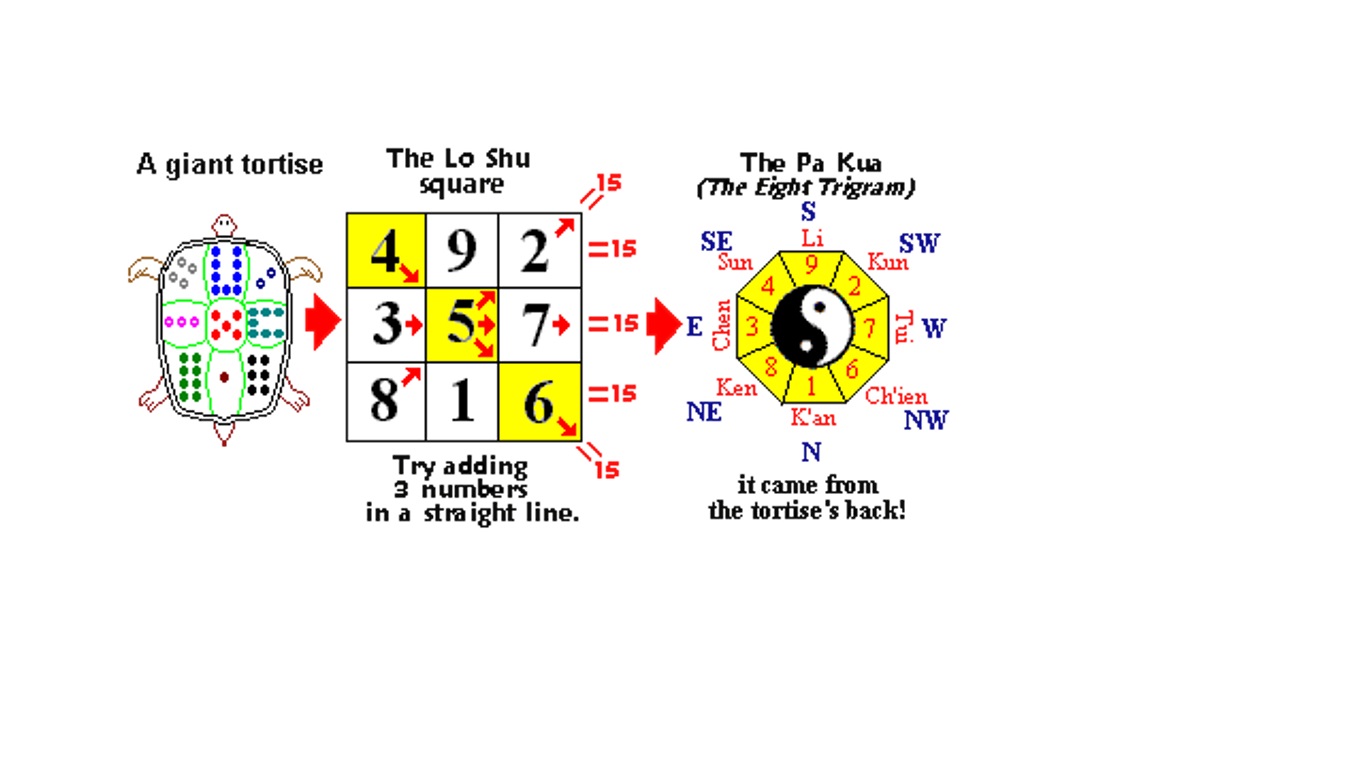 Several works have been written since 2000 that belong to an original series of compositions that incorporate ancient Chinese magic squares, planetary magic squares, and feng shui as compositional models. These compositions have focused on the structural applications of magic squares to musical form and on the rotations of the Lo Shu magic square as directed by the Flying Star System of feng shui to generate musical material. These rotations result from the birth dates of commissioners and/or dates of historical and political events being applied to feng shui which then generates layered magic squares used to predict the future.

While other composers such as John Cage and Peter Maxwell Davies have used magic squares to generate musical materials such as pitch and rhythm, I have used magic squares to create musical structures. These structures articulate the properties of the square by arranging musical ideas (related to the source used for feng shui) in such a way that each route through the magic square can be heard by the listener. Density patterns are fixed in the background so that a listener can hear a route through the square yet are mobile in the foreground because musical ideas at the surface level keep changing as directed by the square. These changes result in fractured meters on the local level which presents the opportunity for expressive connections and juxtapositions on the global level.

Magic squares makes me change when I do not want to change. This is similar to what John Cage said about his work with the I Ching. Cage said that the I Ching provides an opportunity for it to change him, rather than Cage trying to change the results of the I Ching by not accepting it. Feng shui provides a unique way to compose music because rotations and routes through the Lo Shu magic square are directly derived from personal or historical data which are unconditionally accepted as the critical elements for music structure.

A magic square consists of a series of numbers arranged so that the sum of each row, column, and diagonal is the same amount. Routes through the square are mapped onto a musical structure that uses the properties of the square as a compositional model. The unique position of each number within the square is paralled in the musical score by a particular style, rhythm, density, timbre and orchestration. Of the enormous number of magic squares it is possible to form, seven have been associated with the seven planets of the Ptolemaic universe (Saturn, Jupiter, Mars, the Sun, Venus, Mercury, and the Moon). These“planetary magic squares” appear in De Occulta Philosophia, a book on magic by the renaissance polymath Heinrich Cornelius Agrippa von Nettesheim published in 1531. The rotations of the 3x3 Lo Shu Square as dictated by the Flying Star System of feng shui have also been used to generate compositional structures.

Compositions that incorporate computer-generated sounds were produced using the original computer music software GACSS (Genetic Algorithms in Composition and Sound Synthesis). GACSS was developed by Benjamin Grosser in 1994 using funds I received from a research board grant from the University of Illinois. The software has received a distinguished Arnold O. Beckman Research Award. Sound generation algorithms, or Waveform Synthesis Procedures (WSP) are of an original design, and provide procedures by which to build periods in a manner based on graphical representations of acoustic waveforms.