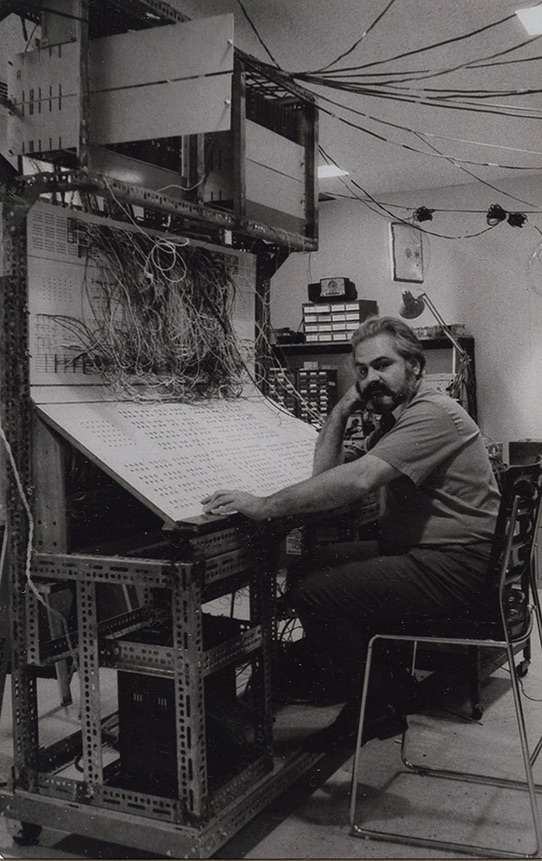 Salvatore Giovanni Martirano, internationally acclaimed American composer and Professor Emeritus at the University of Illinois was born on January 12th, 1927, in Yonkers, NY, a son of Alexander and Mary Mazzullo Martirano. He died at the age of 68 on Friday, November 17th, 1995.

Professor Martirano studied composition with Herbert Elwell at Oberlin College (1947-51), Bernard Rodgers at The Eastman School of Music (1952), and with Luigi Dallapiccola at the Cherubini Conservatory in Florence, Italy (1952-4). From 1956 to 1959 he was in Rome as a Fellow of the American Academy, and in 1960 he received a Guggenheim Fellowship and an award from the American Academy of Arts and Letters. At this time he had works commissioned by the Koussevitzky and Fromm Foundations. He was professor of composition at the University of Illinois from 1963 till his retirement in 1995. During the Illinois years he also accepted residencies at The Sydney Conservatorium of Music in Sydney in 1979, IRCAM in Paris in 1982, and The California Institute of the Arts in 1993.

Professor Martirano spent much of the 1970’s developing the Sal Mar Construction, an electronic composing/performing system that Science Digest called “the world’s first composing machine.” He toured the world with his creation and with its successor, the yahaSalmaMac.